Vietnam shuts out Indonesia to win bronze at SEA Games

In a performance that can best be described as nothing short of incredible— Vietnam blanked Indonesia 5-0 on June 15 to claim the bronze medal at the SEA Games. 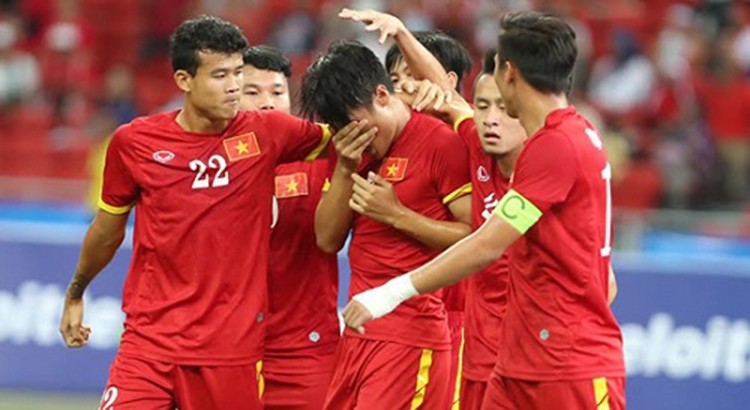 Mac Hong Quan opened the scoring 13 minutes into the match when he stabbed the ball into the net on a penalty shot and Vo Huy Toan doubled the advantage in the 21st minute.

Two then became three with a stunning rocket from outside the box in the 40th minute by Huy Toan. With an advantageous pass by striker Cong Phuong, Huu Dung countered with the fourth goal in the 45th minute.

Captain Que Ngoc Hai clinched the victory with the fifth score in the waning moments of the game.