The Communist Party of Vietnam Central Committee, State President, Government and the Standing Committee of the National Assembly on November 26 sent a message of condolences to the Cuban Party, State Council, Government, National Assembly and people over the passing away of revolutionary leader Fidel Castro. 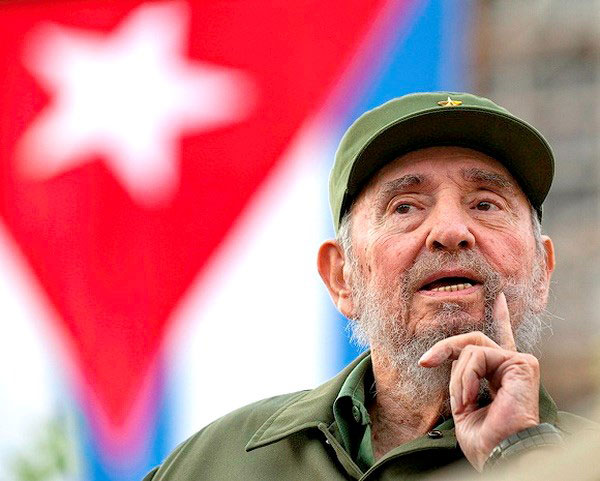 The message read the Vietnamese leaders and people are deeply mournful when hearing the news that Fidel Castro, former First Secretary of the Communist Party of Cuba Central Committee, former Chairman of the State Council and Council of Ministers, a great leader of the Cuban leader, and an unyielding communist and revolutionary leader of Latin American nations and the struggle movement for peace and national independence, freedom and socialism, died on November 25.

He devoted all of his life to Cuba’s revolutionary cause, overturning the dictatorial regime and bringing the Cuban people to the era of independence and freedom since January 1959.

As a leader of the Cuban revolution for more than half a century, Fidel Castro has always been a close comrade and brother of the Vietnamese leaders and people.

He has always stood side by side with Vietnam during its past struggle for national independence and reunification as well as current national development.

Fidel’s immortal saying “For Vietnam, Cuba is willing to devote blood” is always in the hearts of the Vietnamese people,

The world revolution loses an unyielding, brave and experienced leader, while the Party, State and people of Vietnam lose a close and beloved comrade and brother.

“We believe that in this sorrowful moment, the Cuban communists and people will continue to unite under the leadership of the Communist Party of Cuba and President Raul Castro to realise the wishes of late leader Fidel Castro, firmly safeguarding the national independence and sovereignty as well as building socialism,” read the message.

The Vietnamese people once again affirm the solidarity with the Cuban people, it said.

In September 1973, Fidel Castro was the first and only foreign leader to visit the southern liberation area of Vietnam when the war was ongoing.

His next visits were in December 1995 and February 2003, during which the friendship and cooperation between the two countries witnessed new development milestones.

Under the leadership of Fidel, Cuba was the pioneer in the world movement of supporting Vietnam’s struggle for independence as well as national construction.

With all of his great contributions, Fidel Castro was presented with the Vietnamese State’s Golden Star Order in 1982 and Ho Chi Minh Order in 1989./.