A Vietnamese representative has again stressed the important role of the UN Convention on the Law of the Sea (UNCLOS) as the Constitution of the seas and oceans which provides a comprehensive and sound legal framework for all activities carried out in the seas and oceans. 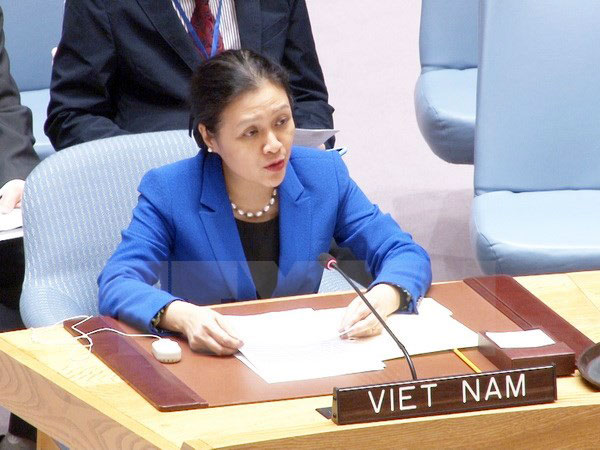 Speaking at the 27th Meeting of States Parties to the UNCLOS in New York on June 15, Ambassador Nguyen Phuong Nga, Permanent Representative of Vietnam to the United Nations (UN), emphasised the need for all State parties to fully implement their obligations under the UNCLOS, including to peacefully settle disputes on the application and explanation of the convention, to ensure peaceful and sustainable use of the seas and oceans, for the benefits of all human beings.

“The East Sea is of vital significance to peace, security and development in the region and the world,” stated Nga. “Therefore maintaining peace, security, safety and freedom of maritime navigation and over-flight, as well as cooperation for the sustainable use of the East Sea is exceptionally important to the countries in the region and the international community”.

Vietnam has actively cooperated with other countries through bilateral and multilateral forums such as ASEAN, ARF, and APEC on marine environment protection, scientific research, security and safety of maritime navigation and over-flight, search and rescue, response to climate change and emergencies, combating transnational crimes and piracy.

At the national level, the Vietnamese Government and localities have implemented a lot of measures to protect sea environment and ecosystem, and respond to climate change and emergencies and negative impacts of climate change on the country’s coastal areas.

The diplomat also stressed that Vietnam has been coordinating closely with others in the region to implement the Declaration on the Conduct of Parties in the East Sea (DOC) and develop the Code of Conduct in the East Sea (COC).

Vietnam calls on all parties involved to “refrain from actions that may further complicate the situation and escalate tensions in the region, fully respect legal and diplomatic processes, settle disputes by peaceful means, on the basis of international law, including the UNCLOS, fully and effectively implement the DOC and early conclude the legally binding COC”, she added.

The 27th Meeting of States Parties to the UNCLOS, held from June 12-16, attracted the participation of representatives from over 160 member states of the UNCLOS, and the International Tribunal for the Law of the Sea (ITLOS), the International Seabed Authority (ISA) and the Commission on the Limits of the Continental Shelf (CLCS).

Speeches at the meeting asserted the importance of the UNCLOS as an international comprehensive legal framework to adjust activities and issues relating to seas, oceans, stressing the necessity to continue developing and perfecting the legal system on managing seas and oceans./.