Vietnam became the 7th member of the Association of South East Asian Nations (ASEAN) on July 28, 1995, which is a major landmark in the country’s regional integration process as well as in the region’s road to cooperation and linkage. 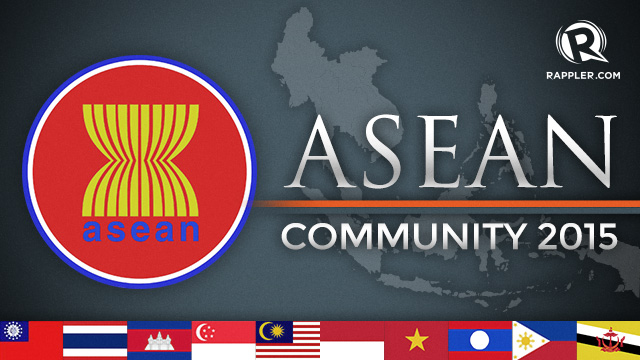 Ever since its joining in the ASEAN, Vietnam has always proved itself as an active and responsible member which made positive contributions to promoting regional linkage, maintaining peace and stability in the region and strengthening connectivity within ASEAN towards the establishment of an ASEAN Community by the end of 2015.A historical decision
The South East Asian region has great geo-political importance and is listed among regions with the most dynamic growth in the world at present.

Vietnam’s joining of ASEAN in 1995 is considered a significant decision not only for the country itself but also for the region.

For Vietnam, the decision helped establish linkages between the country and the region, allowing it to join hands with the region to build an environment of peace, stability and cooperation that are favourable for Vietnam’s national construction and defence. The membership of ASEAN also facilitated Vietnam’s endeavours to integrate into the region and the world, helping it expand cooperation with not only countries in the region but also power countries and others in the international community.

On the regional scale, Vietnam’s accession to the ASEAN in 1995 contributed to easing the suspicious and tense environment, bringing regional countries closer towards a grouping of 10 South East Asian nations. Vietnam’s membership created more favourable conditions for the ASEAN to strengthen its organisation and central role in promoting peace, stability and cooperation in the region.

It can be said that Vietnam’s membership of the ASEAN has provided the country with a peaceful and stable environment to overcome war aftermaths and carry out its Doi Moi (renewal) policy. It also helped the country win assistance and investment from regional partners and expand bilateral and multilateral relations with other ASEAN members as well as partner countries of ASEAN.

An active, responsible member
As a member of the ASEAN, Vietnam has made important contributions to all fields of cooperation within the bloc and to the making of the association’s future development plans, cooperative orientations and major decisions.

Immediately after joining the association, Vietnam worked to push for the accession of Laos, Myanmar and Cambodia to the ASEAN, thus realising the idea of an association of all 10 nations in the region, opening up a new page of solidarity, friendship and cooperation in the region’s history.

The country successfully hosted the sixth ASEAN Summit in December 1998, where the Hanoi Plan of Actions was adopted to implement the ASEAN Vision to 2020, helping the association maintain internal unity and cooperation as well as consolidate its position on the international arena amid great impacts by the 1997-1998 world financial crisis.

During Vietnam’s term as Chair of the ASEAN Standing Committee in 2000-2001, the Hanoi Declaration on Narrowing Development Gap was adopted at the 34th ASEAN Ministerial Meeting in July 2001, demonstrating efforts to promote regional cooperation and connectivity, thus ensuring a balanced and sustainable development of the association.

Following Singapore’s 2002 initiative on an ASEAN Economic Community and Indonesia’s proposal on the ASEAN Security Community in 2003, Vietnam put forth the idea of an ASEAN Socio-Culture Community, completing the blueprint for the ASEAN Community.

The country also played an important role in activities towards the formation of the ASEAN Community at the end of 2015.

Vietnam has made substantial contributions to ASEAN’s external relations. The country has been performing well its role as coordinator for the ASEAN-EU dialogue relations (2012-2015 term), laying the foundation for the development of the relations in the time ahead.

Vietnam put forth an initiative on and hosted a special Senior Officials’ Meeting (SOM) in June 2014 on ASEAN’s central role and strategic orientation for the regional structure in the future. Regional countries said this was a timely idea in the context of strong impacts from unpredictable complicated changes in regional and global situations.

Besides, the country has proposed many ideas to stimulate ASEAN cooperation in priority fields such as social security, environmental protection, natural disaster control, climate change and migrant labourers’ rights.

As Chair of the ASEAN taskforce for climate change (2014-2015), Vietnam led the drafting of the 2014 ASEAN Declaration on Climate Change which was adopted at the 25th ASEAN Summit in November 2014.

In matters related to regional and world peace and security, Vietnam has worked hard for a regional consensus on the necessity of peace and stability in the region, at the same time pushed for the implementation of the ASEAN-China Declaration on the Conduct of Parties on the East Sea (DOC) while working towards a Code of Conduct on the East Sea (COC).

At the 24th ASEAN Summit in Nay Pyi Taw, Myanmar, in May 2014, Vietnam and other ASEAN member states reiterated their consensus and a common voice regarding the Bien Dong (East Sea) issue. ASEAN’s solidarity and unity in this issue is of great importance as it will serve to maintain the bloc’s consensus in handling other complicated matters.

Furthermore, Vietnam has made important contributions to the summit’s documents so that they reflected key priorities of the ASEAN and the region, defined the future orientation of the ASEAN Community following its formation in 2015.

Vietnam has actively joined the process of building the ASEAN Community Vision beyond 2015 and blueprints for realising the vision on all three pillars: Political-Security Community, Economic Community and Socio-Cultural Community.

The country will continue to work for enhanced solidarity and unity in ASEAN and the bloc’s central role in maintaining peace, stability, security and cooperation in the region.

As part of its commitment to promoting the bloc’s external relations, Vietnam does its best in the role of coordinator for ASEAN-EU relations in the term from July 2012 to July 2015, while making thorough preparations with a view to well performing the role as coordinator of ASEAN-India dialogue for the July 2015-July 2018 tenure.