The men’s football team of Vietnam stood still at the 136th place in the FIFA ranking in February 2017, said the Vietnam Football Federation (VFF) on February 10. 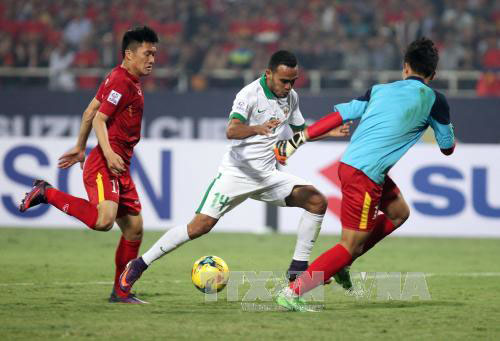 As the team did not compete in any important matches included in FIFA scoring system last January, its position is unchanged.

Accordingly, the team remained at 22nd place in Asia and third in Southeast Asia, which was led by the Philippines at 122nd and Thailand at 127th.

Iran is still the leading team of Asia, standing 32nd globally and followed by the Republic of Korea (39th), Japan (52nd) and Australia (54th).

The world’s top 10 had a slight change with France up one spot and taking the sixth place previously occupied by Columbia.

Argentina was still in the lead, followed by Brazil and Germany.

In 2017, a total of 12 national teams of Vietnam will compete in regional, continental and global games, said VFF General Secretary Le Hoai Anh, adding that the VFF will continue to improve the quality of national tournament./.