Vietnam lose to Japan at AFC U19 Championship

Vietnam lost 0-3 to Japan in the semifinals of the Asian Football Confederation (AFC) Under-19 Football Championship on October 27 in Bahrain. 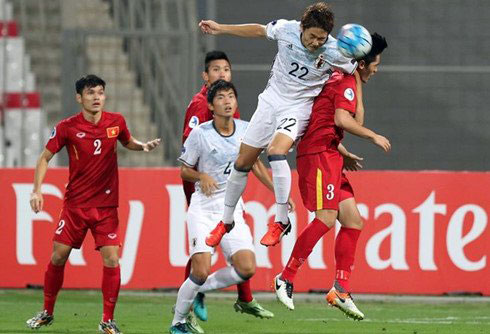 The match between U19 Vietnam and U19 Japan (photo: vietnamnet.vn)

Japan dominated the match with two goals scored within first ten minutes of the first half.

After the break, the Japanese players continued controlling the match to score an additional goal.

Losing the match, Vietnam officially said goodbye to the tournament, but qualified for the FIFA U-20 World Cup, which will take place in the Republic of Korea in 2017, for the first time.

The AFC U19 Championship is organised every two years by the Asian Football Confederation (AFC).

This year’s U19 Asian Championship runs between October 13 and 30 in Bahrain, involving a total of 16 teams.

The top four teams of the tournament qualify for the 2017 FIFA U20 World Cup./.