A Vietnam – Japan cultural exchange took place in the southern province of Ba Ria – Vung Tau on December 19, gathering Vietnamese and Japanese officials as well as 200 students in the province. 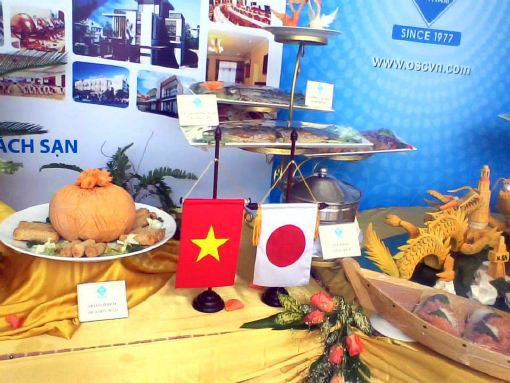 The event featured a musical concert with performances by students of the Vung Tau Tourism Vocational College and a dancing troupe from the Ho Chi Minh City chapter of the Vietnam – Japan Friendship Association.

An area of stalls, displaying Vietnamese calligraphy, Japanese dolls as well as specialties of both countries, also opened for participants of the exchange.

He expected there will be more trade and and cultural exchanges between Vietnam and Japan to be held in the future.

The two countries are working to design a strategy for industrialisation in Vietnam in line with their cooperation framework by 2020.

As of November 2016, Japan invested more than 2.3 billion USD in 26 projects in Ba Ria – Vung Tau, focusing on the production of steel, plastic, and industrial gases, ore processing as well as sea port services./.