While Vietnam’s pledged foreign direct investment (FDI) fell 22% in the five months through May from a year earlier, more and more Vietnamese businesses are ploughing money into overseas markets according to official statistics.

Vietnam’s outbound direct investment (ODI) has been robust during the early months of the year with the Foreign Investment Agency (FIA) reporting that as of May it has surged to a new high of US$15 billion.

Overall, Vietnamese entrepreneurs have acquired proprietary (ownership) interests of 10% or more in 962 overseas business ventures and they now have a presence in 55 countries around the globe.

The top three destinations attracting the most money have been Laos having garnered the lion’s share of US$3.9 billion trailed by Cambodia at US$3.2 billion and Venezuela at US$1.8 billion.

Other popular destinations receiving healthy cash influxes include Peru with cumulative investment of US$1.3 billion and Russia at US$968 million, according to the FIA. 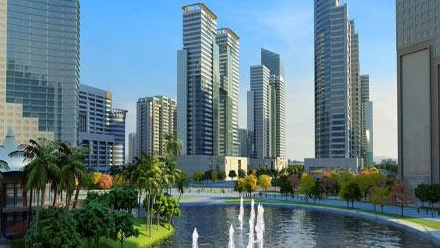 In the early months of the year, investors have broadened the range of their acquisitions to non-traditional markets such as Algeria, Malaysia, Myanmar and the US in their quest to find strategic investment, the FIA said.

Regarding operating industries overseas, they have concentrated most heavily in the mining sector, followed by agriculture, forestry and fisheries, but are starting to fan out to other sectors such as IT, real estate, finance and banking.

The nation’s businesses have become financially stronger over recent years, Mai said and the situation is quite surprisingly changing to where they are now actively searching for complimentary markets for expansion.

Mai said many domestic firms appear to be more ambitious and are beginning to take an active strategic approach and are exploring how innovations in their home market could also be applied to foreign markets.

Many companies are also eying incremental investments in science and technology that contribute to improving their competitive edge and can put them on a safe, steady course to achieving long term sustainable growth, Mai added.

Thu cites specifically the strong Vietnamese investment in neighbouring Laos and Cambodia as a contributory factor fostering the traditional ties of friendship and cooperation among the nations.

Dr Thu said Vietnam’s regional and global integration has been on the fast track over recent years and this is spawning the increased ODI, which for the most part has reaped success for domestic businesses.

A few businesses report they have encountered difficulties grappling with higher costs of land leases and differences in investment and management policies, so as businesses push ahead for overseas acquisitions they need to be prudent.

The 7ᵗʰ meeting of the National Election Council

Checking COVID-19 prevention and control task at markets in…

Leaders of Phong Điền district checked the construction of…

Centralized IT zone to be established in Cần Thơ city