Vietnam exported an estimated 4.88 million tonnes of rice this year, earning 2.2 billion USD, down 25.8 percent in volume and 21.2 percent in value year-on-year, according to the Ministry of Agriculture and Rural Development. 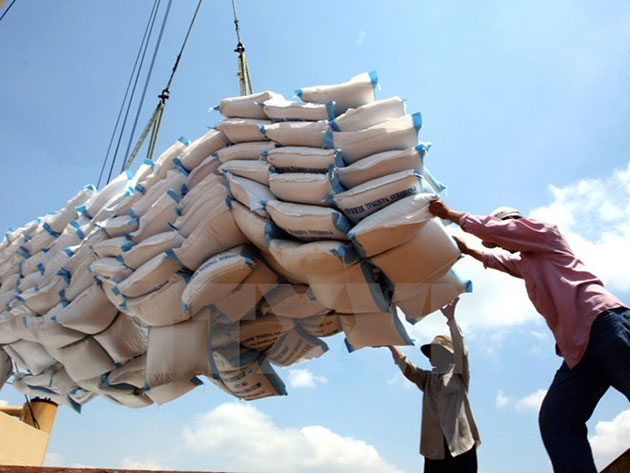 In December alone, 399,000 tonnes of rice worth 181 million USD were shipped abroad.

China remains the largest rice importer of Vietnam with a market share of 35.9 percent.

Rice production this year decreased in both cultivation area and output, particularly in the south.

The total rice output is estimated at 43.6 million tonnes, down 3.3 percent from last year./.