Vietnam would be an attractive destination for intra-ASEAN investment thanks to the Government’s determination to equitise and withdraw capital from State-owned enterprises. 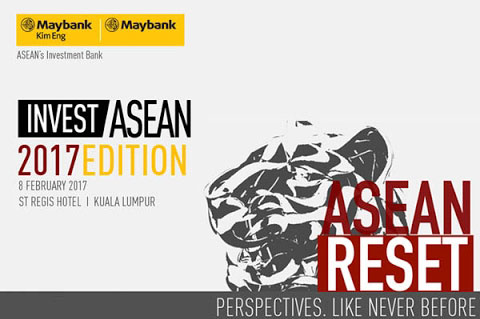 Chief Executive Officer of Malaysia’s Maybank Kim Eng Group Dato John Chong made the remark at a recent Invest ASEAN 2017 Conference in Singapore, which attracted over 800 representatives from 126 global investment funds and 49 businesses in Southeast Asia.

“We are in the equity market, and we see there are a lot of fundraising demand for infrastructure projects. We also see opportunities in places like Vietnam and Indochina region, where the governments are working on the privatisation of some state-owned enterprises, so there may be some project financing opportunities,” he was quoted as saying in an article on The Edge Financial Daily.

He noted that the 630-million-strong Southeast Asian region needs an estimated of 600 billion USD in investment for infrastructure projects in 2016-2020.

It is expected to be a fertile land for investors to explore, he added.

According to Maybank CEO Kim Eng, intra-ASEAN foreign direct investment (FDI) recorded an annual growth of 11 percent from 2008 to 2015.

It expects that six key markets in ASEAN, namely Malaysia, Singapore, Indonesia, the Philippines, Thailand, Vietnam will enjoy an annual growth rate of 4.8 percent, picking up from the estimated 4.6 percent in 2016, on the back of trade recovery, higher commodity prices and improved global electronics demand.

Vietnam is forecast to record a high growth rate of 6.3 percent in 2017 and 6.2 percent in the following year./.