Vietnam is a top destination of choice for Japan’s mechanical engineering companies when seeking investment opportunities in Southeast Asia, said Itoh Kaori, head of a business delegation from Gifu prefecture. 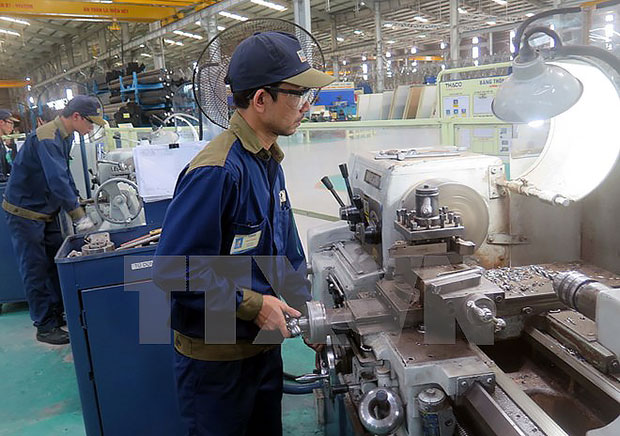 At a Vietnam-Japan trade exchange in Ho Chi Minh City on November 16, she said Vietnam attracts great interest from many Japanese enterprises, especially those in the mechanical engineering industry, as the country has a developing industrial sector, an abundant workforce with good quality, and low production expenses.

Japanese firms are impressed by the industriousness of Vietnamese people.

They also highly value the country’s political stability and favourable policies on investment and trade.

In recent years, Vietnam has posted high and stable economic growth along with improved infrastructure, which is a foundation and driving force for Japan to bolster trade and investment ties with the nation, Itoh Kaori added.

Dang Xuan Quang, Deputy Director of the Foreign Investment Agency under the Ministry of Planning and Investment, said the manufacturing and processing industries have absorbed the largest portion of Japan’s investment in Vietnam.

As of the end of September 2016, Japan had more than 1,500 manufacturing and processing projects worth almost 33 billion USD in Vietnam.

The two sides are set to focus their cooperation on six industries in the near future, namely electronics, agricultural machinery, agro-fishery processing, shipbuilding, automobile and spare part production, and environment and energy.

This is a good opportunity for their mechanical engineering companies to enhance partnership and investment promotion, he said.

Japan is currently the second biggest investor among 112 countries and territories investing in Vietnam.

It has invested in more than 3,200 projects here with registered capital of over 42 billion USD so far./.