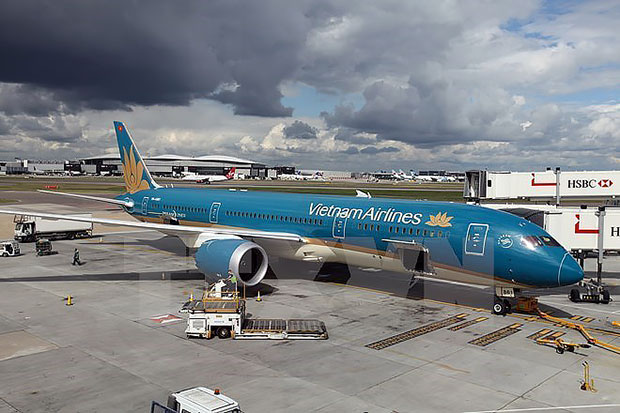 The aircraft will be used for flights between Vietnam and Melbourne from December 5.

This is a highlight event of the national flag carrier to mark the 20th anniversary of the direct air route between Vietnam and Australia, constituting its efforts to provide four-star services to customers, especially Overseas Vietnamese in the country.

According to Tran Ngoc Hung, head of the Vietnam Airlines Representative Office in Australia and New Zealand, the airline is operating direct flights between Sydney and Melbourne and Ho Chi Minh City, which account for about 70 percent of passengers on the route.

The flights aim to serve the Vietnamese community in Australia, mostly in Sydney and Melbourne, as well as an increasing number of visitors from the country to Vietnam and other countries in the region, said Hung.

Vietnam Airlines is also seeking measures to serve more passengers who transit in Australia to other countries, especially to the UK, France and Japan, added Hung.

Vietnam Airlines is the first one in the Asia-Pacific region that uses Boeing 787-9 Dreamliner and Airbus A350-900 XWB, the most modern generation aircraft in the world so fat.

Dreamliner is a super effective commercial airplane with optimal speed. It helps save 2-25 percent of fuel, while reducing 20-25 percent of emission compared to other types.

Vietnam Airlines has booked 19 dreamliner aircraft, which were scheduled for delivery between 2015 and 2019. So far, the fleet of Boeing 787s of Vietnam Airlines has flown 7,600 flights with more than 35,500 flying hours, transporting 1.79 million passengers./.