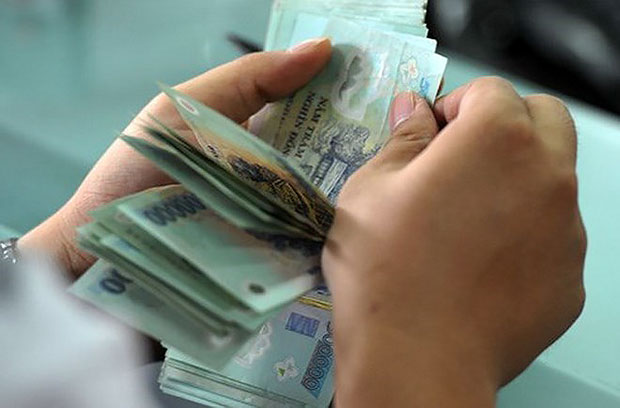 The monthly minimum wage will increase by an average of 7.3 percent next year.

The monthly minimum wage will increase by an average of 7.3 percent next year
(Photo: VNA)

Deputy Prime Minister Vuong Dinh Hue agreed with the National Salary Council’s proposal to adjust the monthly minimum wage for next year, as part of a conference on salary policy reform, social insurance and policies for people with special contribution to the nation held in Hanoi on September 7.

The minimum wage varies across the four zones, based on cost of living and location.

Under Hue’s agreement, the monthly minimum wage for four zones will increase by from 7.1 percent to 7.5 percent.

Huan said that rate was adjusted to offset currency depreciation and would be based on current socio-economic conditions, including basic living costs for workers and their families.

The minimum wage increase would not only meet labourers’ basic living costs, but also ensure enterprise development, he said.

Huan also mentioned a difficulty: enterprises’ expenditures will increase sharply, because they not only must adjust monthly salary for their workers but also must increase their contribution to social insurance. At the present, total social insurance takes up 32.5 percent of monthly salary, of which employers must pay 22 percent.

Many employers have called that portion too high, and some have proposed that they should pay only 18 percent.

Huan said that the National Salary Council will calculate and consider a reduction in employers social insurance payments.

Speaking at the conference, Deputy PM Vuong Dinh Hue asked the Ministry of Labour, Invalids and Social Affairs (MoLISA) to collect recommendations and ideas from concerned ministries and enterprise associations about the wage increase and submit their findings to Prime Minister Nguyen Xuan Phuc for approval within this month.

The minimum wage increase took a long time to finalise because the VGLC and the VCCI at first failed to reach an agreement./.