Vietnam shared one point with Afghanistan at the Asian Football Confederation (AFC) Asian Cup 2019’s third qualifier after their hard-fought match ended in draw 1-1 on March 28. 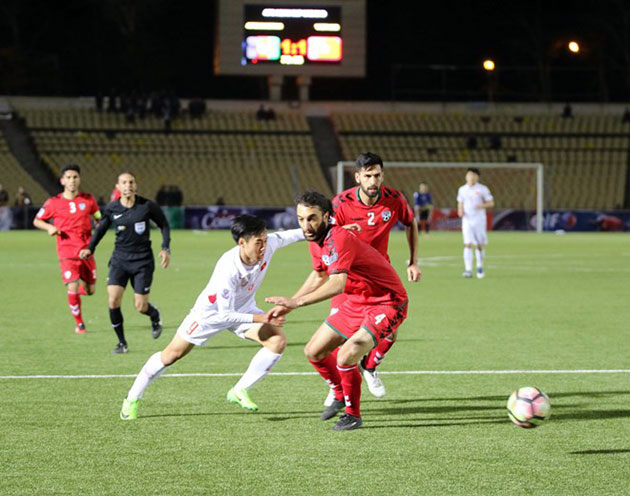 Vietnam were pressed by their rivals in the first half of the match, however, they did try to get through.

In the second half, Nguyen Van Toan opened the score for the team in the 64th minute.

Despite tremendous efforts made by both sides, neither was able to score any more goals in the closing stages.

Vietnam were drawn in Group C for the qualification round with the United Arab Emirates, Jordan, Afghanistan and Cambodia.

In Group C, Jordan are the strongest team with a FIFA ranking of 107. They were the second-placed team in Group B in the second qualification round.

Vietnam, a third-placed team in the second qualifiers, are the second ranked team in Group C at No 136, while Afghanistan are No 151 and Cambodia at No 172.

Afghanistan are one of best fourth-placed teams from the second qualifiers, while Cambodia are in because they won the Qualifiers Play-off I for the tournament.

The two best teams from this group will join 12 others, including defending champions Australia, China, Iraq, Iran, Japan and the Republic of Korea, in the final round to be held from January 5 to February 1, 2019./.