Vietnam has made the biggest jump this year to claim 11th place in the world’s friendliest country list, according to The InterNations Survey which interviewed more than 14,000 expats living in 67 countries around the world. 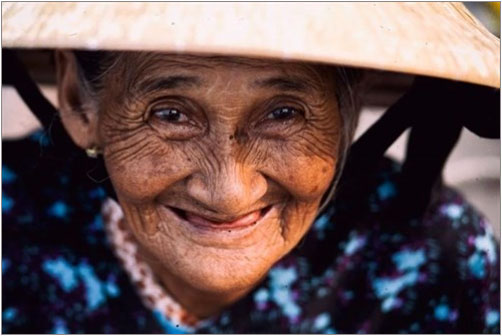 In particular, two in five respondents regarded locals’ attitude toward foreigners as very good and three in five said it was easy to befriend locals (Photo: Réhahn)

The country’s most significant gain compared to last year was in the Working Abroad Index (jumping from 36th to 12th place) and Ease of Settling in Index (from 35th to 29th place).

Expats in the country seem to have better handle on maintaining a work-life balance as well as almost one in five (19 percent) expats asked said they were completely satisfied.

They were also more positive about their career, with 75 percent saying they were happy with their jobs, an increase of 61 percent from last year.

“The Vietnamese are kind, caring and very considerate, with a good sense of humour.

Life is good here, one of the nicest places I have ever lived”, said an interviewee who partook in the survey.

Perception of local residents has also improved, as 84 percent of respondents said locals were in general friendly, a step up from last year’s number of 74 percent.

In particular, two in five respondents regarded locals’ attitude toward foreigners as very good and three in five said it was easy to befriend locals.

The country, however, was not doing so well in other categories such as Quality of Environment, claiming 8th place in the bottom ten, as it has been struggling to deal with numerous environmental issues in recent years, especially in big cities where residents face increasingly alarming air, water and noise pollution.

Travel and Transport was also among the country’s shortcomings, reflected in its 46th place in this category.

Traffic has often been described as “chaotic” with an underdeveloped public transportation sector and the death toll on the roads remaining in the thousands every year./.

The ancestral anniversary ceremony of Hùng Kings in Cần Thơ…