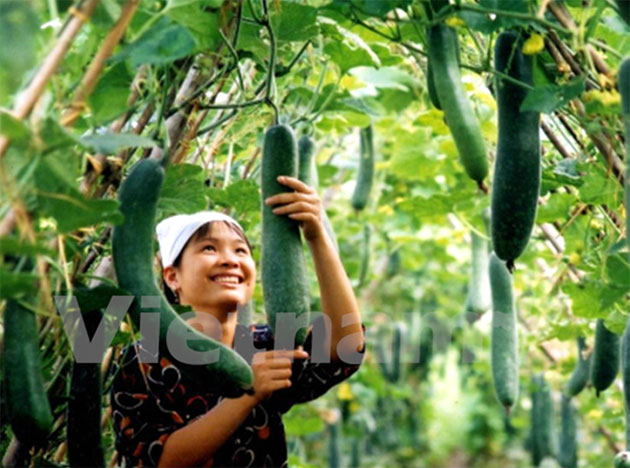 According to the Vietnam Fruit and Vegetables Association, 2016 was a successful year for the sector as it earned about 2.5 billion USD in exports, growth of 30 percent from 2015, surpassing that of strong agricultural products such as rice, peppercorn and rubber.

The sector expects an export turnover of 3 billion USD this year.

Good news also came for dragon fruit as it was officially accepted into the Australian market.

Experts predict that exports of fruit and vegetables, especially fruit, will surge by three or four times in the near future.

However, they also pointed to weaknesses in the sector, including market exploitation, as the volume of fruit and vegetables shipped to demanding markets such as Australia, France and the US remains low.

In the first two years of exporting to France, only several tens of tonnes of Vietnamese lychee was sold, while a small amount of mango was shipped to Australia.

Meanwhile, Vietnamese fruit and vegetable exports largely depended on China, as about 70 percent of products were shipped to China in 2016, compared to 65 percent in 2015 and 30 percent in 2014.

Duong Phuong Thao, deputy head of the Department of Import and Export under the Ministry of Industry and Trade, said that China pledged to create optimal conditions for Vietnamese products in the market.

However, China will tighten import activities and strengthen the fight against smuggling and the supervision of product quality, she said.

Thao stressed that to achieve sustainable growth in the sector, quality must be improved, with increasing investment in post-harvest storage and processing and building trademarks to attract more consumers./.