US Secretary of State urges China, Philippines to abide by PCA ruling

US Secretary of State John Kerry has urged China and the Philippines to abide by the Permanent Court of Arbitration (PCA)’s ruling on the East Sea issue, saying that military acts are not a solution to the dispute. 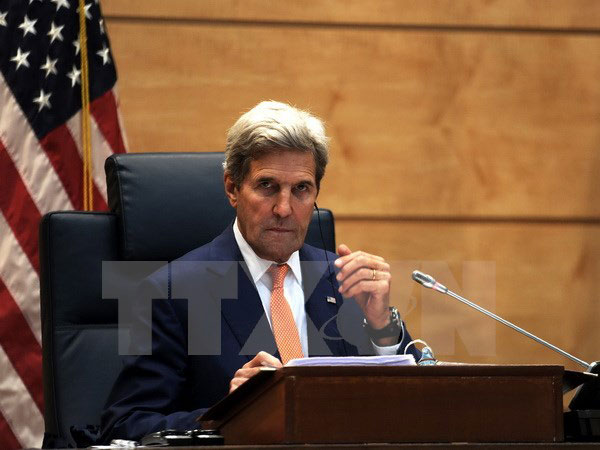 Addressing a meeting with students during his visit to New Delhi from August 29-31, Kerry said the ruling by the international arbitration court is final and legally binding on all related parties.

This is a crucial opportunity to uphold the existing rule-based international order in line with current law, he said, adding that the US supports efforts to resolve dispute through diplomatic channel.

His comments came ahead of the G20 Summit slated for September 4-5 in the Chinese city of Hangzhou.

On July 12, the PCA issued the ruling saying that China has no historic title over waters of the East Sea.

The Hague Tribunal also found no legal basis for China to claim historic rights to resources within the so called nine-dash line./.