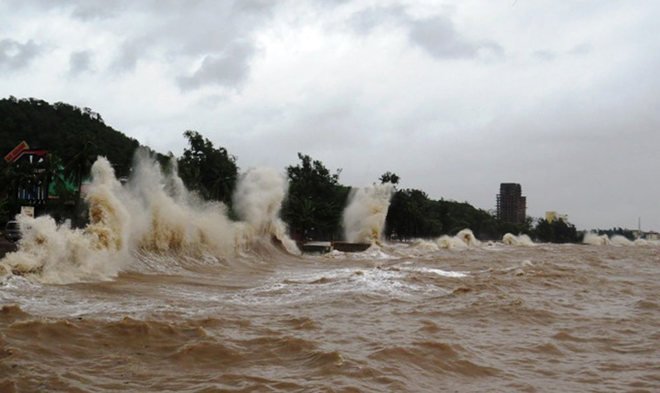 In Mong Cai City which is near the eye of the storm, power lines were incapacitated. Roofs were uplifted and torn from houses while many roads were completely flooded by heavy downpours.

No fatalities have been reported as of yet in the locality. However, many districts are scrambling to make emergency preparations for possible rising tides and flash floods as the storm intensifies.

Meanwhile, with raging wind speeds in the 10-11 categories, the powerful storm is wreaking havoc the northern port city of Hai Phong, causing torrential rains and rising sea levels in Do Son.

A landslide in northern Lang Son province on September 17 killed six people and injured five others, according to the National Committee for Search and Rescue.

Twelve soldiers and militiamen have been mobilized for search and rescue work.

At present, three people are in hospital listed in critical condition while two others have been discharged.

There has also been a landslide in Cao Loc district, causing a collapse of walls, leaving a five-year old dead and a 31-year old woman injured./.