Typhoon Mirinae, the first storm to hit the East Sea, brought heavy rains and floods to the north of Vietnam. 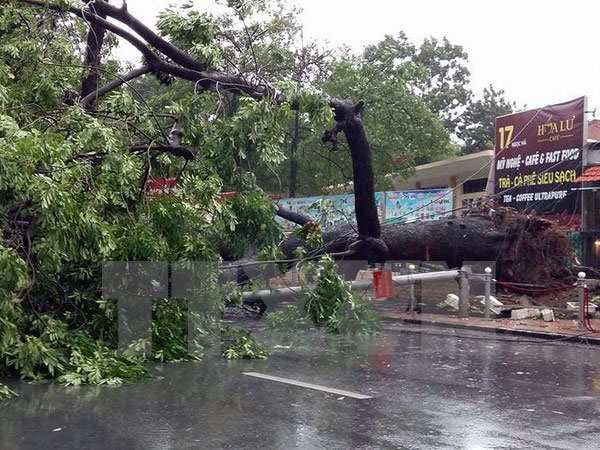 According to the Road and Railway Traffic Police Division of Hanoi, the typhoon killed one person and injured five others in Phu Xuyen district.

A number of areas in the city were flooded while hundred of trees fell down.

At 4 pm on July 27, the eye of Mirinae was at about 20 degrees north latitude and 106.8 degrees east longitude, just off the coast from Thai Binh to Ninh Binh provinces. Its winds blew at up to 90 km per hour.

In the next three to 12 hours, the tropical storm will move west-northwest at about 15 – 20 km per hour and abate to a tropical depression.