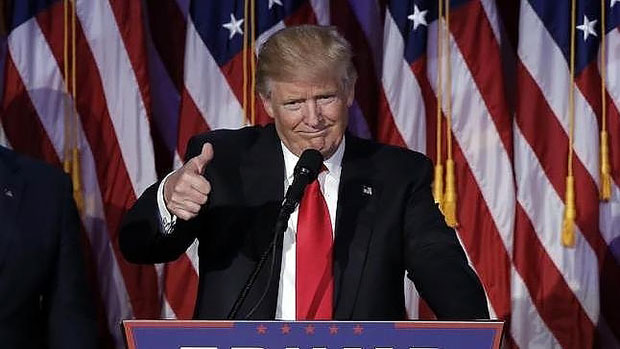 Worried a Trump victory could cause economic and global uncertainty, investors were in full flight from risky assets such as stocks, and the US dollar sank.

In his victory speech, he said he had a great economic plan and would double US economic growth and embark on a project of renewal.

Trump, 70, will be the oldest first-term US president and the country’s 45th president.

Trump’s victory marked a frustrating end to the presidential aspirations of Clinton, 69, who failed for the second time to be elected the first woman US president.

Meanwhile both chambers of the US Congress are projected to remain under Republican control with voters on Tuesday dashing Democrats’ hopes of taking over the Senate while keeping the House of Representatives in Republican hands.