Vu Thi Trang is the only Vietnamese representative left in the Badminton Asia Championships in China. 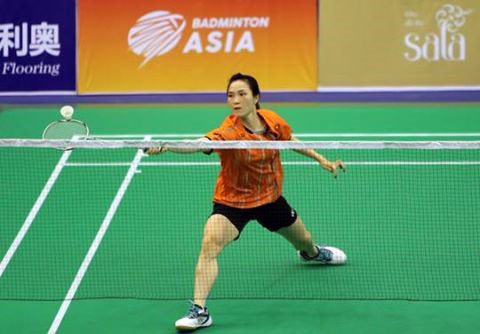 Vu Thi Trang advances to the second round of the Badminton Asia Championships (Photo: baomoi.com)

She entered the second round of the women’s singles event after defeating Fitriani of Indonesia 21-13, 21-18 in 38 minutes on April 26 at the Wuhan Sports Center Gynasium.

It is the second time that Trang has defeated Fitriani.

She beat her rival 21-19, 16-21, 21-16 at the Ciputra Hanoi-Yonex Sunrise Vietnam International Challenge two years ago.

She will next play No 1 seed Tai Tzu Ying of Chinese Taipei in the second round.

In other events, Nguyen Tien Minh was defeated 16-21, 9-21 by No 3 seed Son Wan Ho from the Republic of Korea in the men’s singles.

Tuan and Nam were trounced in the men’s doubles by Mohammad Ahsan and Rian Agung Saputro of Indonesia 14-21, 15-21, while Nguyen Thi Sen and Trang were beaten 13-21, 16-21 by the Japanese pair of Shiho Tanaka and Koharu Yonemoto./.