TPP negotiators to convene in Japan in mid-July

The chief negotiators of 11 Trans-Pacific Partnership (TPP) countries plan to meet in Hakone, the Japanese prefecture of Kanagawa, in mid-July to discuss the future of the free trade deal without the United States, Japanese news agency Kyodo reported. 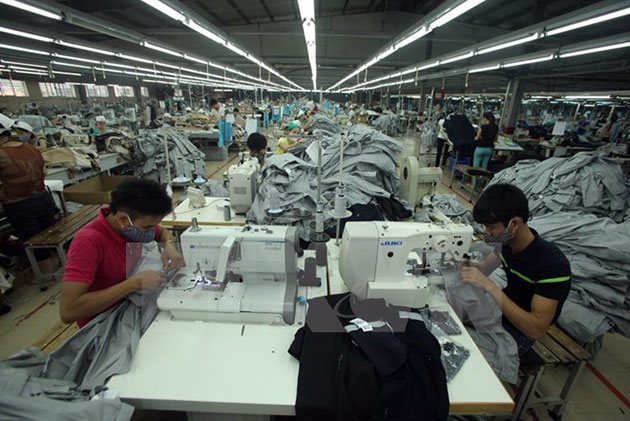 Textiles-garment is among Vietnam’s key export products to the US (Source: VNA)

The planned meeting comes after the trade ministers of the 11 TPP states agreed on May 21 to complete preparatory work by November to put the deal into force quickly. In November, they will meet on the margins of the Asia-Pacific Economic Cooperation forum gathering in Vietnam.

The TPP was signed in February 2016 by Australia, Brunei, Canada, Chile, Japan, Malaysia, Mexico, New Zealand, Peru, Singapore, the United States and Vietnam – covering around 40 percent of the global economy.

However, US President Donald Trump announced the withdrawal of the world’s biggest economy from the TPP soon after taking office in January./.