The tourism sector has recorded positive changes in 2016 thanks to close coordination between ministries, sectors and localities. 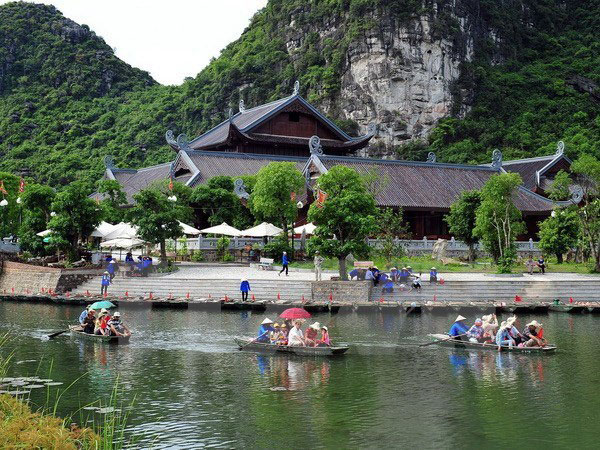 Trang An tourism complex in the northern province of Ninh Binh (Photo: VNA)

Deputy Prime Minister Vu Duc Dam made the assessment at a working session with members of the State Steering Committee for Tourism in Hanoi on December 22.

So far this year, Vietnam has welcomed over 10 million international tourists and 62 million domestic ones and fetched nearly 400 trillion VND (18 billion USD) in revenue.

The number of travel companies and tourist accommodations reached 1,602 and 21,000, respectively.

Inter-sectoral inspection teams have been set up to promptly address any violations in the field.

New tourism products have been launched in urban areas such as the walking streets in Hanoi, bus and waterway tours in Ho Chi Minh City, and helicopter tours the central coastal city of Da Nang.

The Ministry of Public Security has built a pilot project to grant e-visa to foreign vacationers as well as reduce time for immigration procedures and ensure safety in key tourism areas.

The Ministry of Transport has actively coordinated with the aviation industry to improve passenger transport capacity.

Deputy Prime Minister Vu Duc Dam said a notable outcome of the tourism sector in 2016 is putting into operation a number of major projects which was invested in the previous years, and establishing a large network of tourism destinations.

Since tourism has been defined as a spearhead economy, it is necessary to define specific development criteria and address shortcomings in the field, he said.

He suggested the Ministry of Education and Training work with tourism training institutions and hi-end hotels to build training courses.