The central province of Thua Thien-Hue on October 25-26 continued distributing compensation for residents affected by the marine environmental incident. 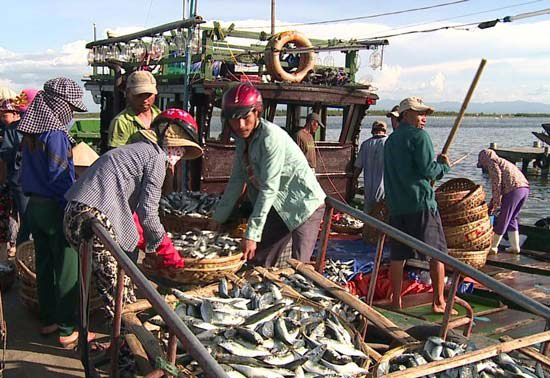 The beneficiaries come from 28 communes and towns in Phu Loc, Phu Vang and Quang Dien districts.

A total of 8.4 billion VND (376,000 USD) in compensation was distributed to 391 affected people in Loc Binh and Vinh Hai communes in Phu Loc district while those in Phu Dien commune in Phu Vang district received 16 billion VND (717,000 USD).

Nguyen Van Cao, Chairman of the provincial People’s Committee, said that compensation delivery has been implemented effectively and the province will seek solutions to help people shift to more stable jobs.

The company promised compensation of 11.5 trillion VND (500 million USD) for the incident.

Total compensation for those affected by the incident in Thua Thien Hue is nearly 750 billion VND (33.6 million USD), 400 billion VND of which has been disbursed./.