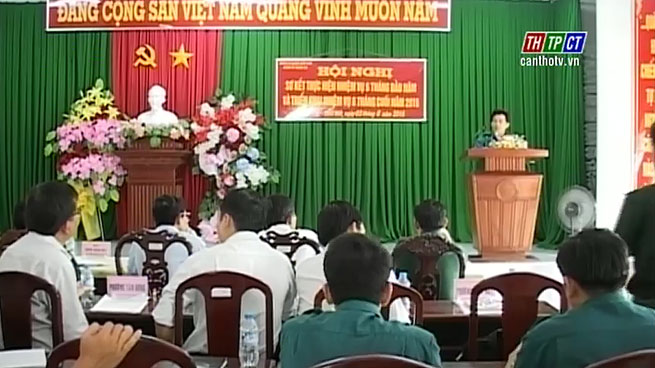 In the first 6 months of 2016, Thốt Nốt district Military Command well played advisory role, made proposals and throughly grasped situations and well solved cases, coordinated with authority to carry out and complete missions by plan, strictly maintain fighting, well direct to protect safety on holidays, Tet, especially elections for the National Assembly and People’s Council’s deputies for 2016-2021 and so on.