Cantho city military headquarters has just raised a peak phase of emulation “70 days and nights of model action” to celebrate the 70th year of August Revolution and the National day (September 2nd). 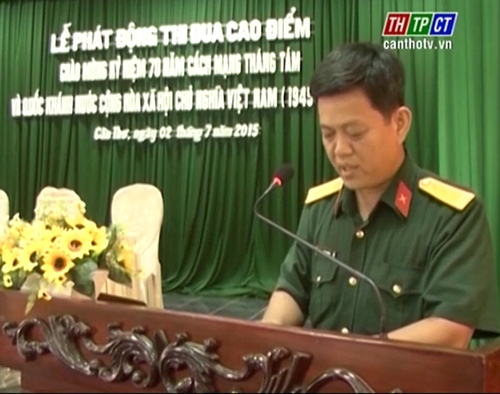 The emulative phase takes place from now to September 2nd 2015, focusing on the diligence in training, fighting, working and the example of morality, lifestyle and political stuff; the execution of discipline, laws and the solidarity of internality, forces and between soldiers and people.

At the ceremony, representatives of units, schools have signed an emulative deal, considering it as a strong motivation for the emulative movement, trying to excellently complete all tasks to celebrate the 70th year of August Revolution and the National day.