The party congress of the Waterway Police chamber 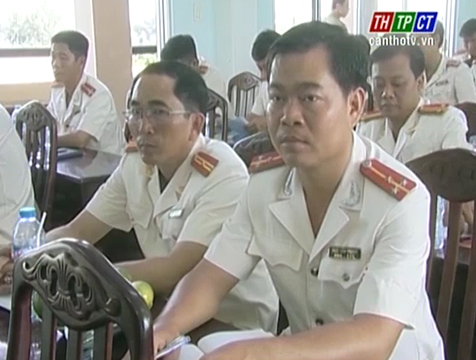 In the past time, the party committee and leaders of the chamber have always concerned about the ideological- political tasks for its party members on guidelines of the party, the state and the sector, especially the instruction no.03 on studying and following of HCM’s moral examples, 6 teachings of uncle Hồ. In the last term, it admitted 30 members, representing 100% of the plan. Professional task was concerned with 10% of the staff being trained master degree and advanced level political knowledge.

With the public and democratic spirit, opinions were discussed at the congress. 7 members were elected to the executive board of the party committee for 2015- 2020 term with colonel Nguyen Huu Lap being re-elected the secretary. 8 members, including 1 alternate were also elected to attend the higher level congress.