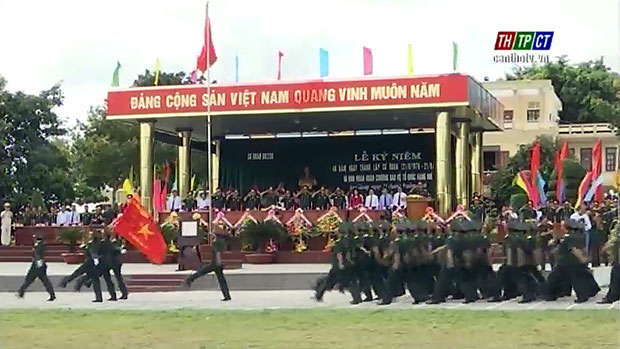 The 40th Founding Anniversary of the Infantry Division 330

During the 2 resistance wars against France and America and during 12 years of doing international mission to help Cambodia, soldiers of the Division and the armed forces of the Military Zone 9 combated in thousands of battles, killed tens of thousands of enemies, excellently completed tasks entrusted by the Party and the State and have been praised the title of people’s armed force hero and many other noble wards.

The heroic tradition of the Division has been continuously brought into play in the renewal process with many glorious attainments in the field of training, affectionate policy and public relation.

At the celebration, the Division was honorably presented the 2nd Fatherland Protection Medal and commended by Ministry of Defense./.