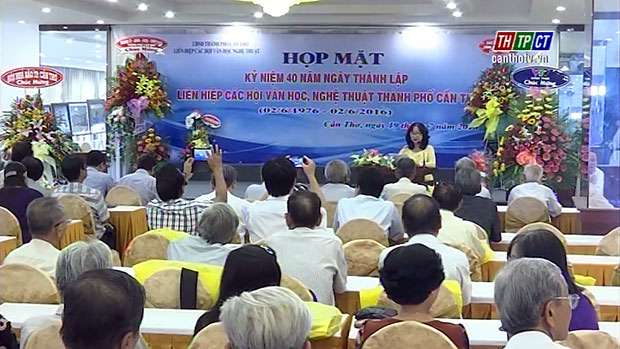 To present, there are 9 associations under it, including 576 members.

In the past 40 years, patriotic artists were very dedicated with their careers, they composed valuable works, not only to serve people, but also to complete political mission in locality and country.

This term, artists will write more valuable works in terms of thought, content and form to serve the people, paid by the city leaders./.