In the morning July 18th, at the tennis court of multipurpose competition house of Cantho city, Department of Culuture Sports and Tourism coordinate with Labour Confederation of Cantho city to open the 11th Sport Games 2015 – Tennis Tournament. 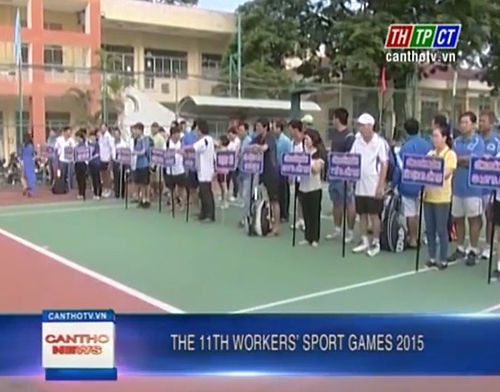 The closing and award presentation are held on July 19th. The sports games aims to record attainment to celebrate party congresses at all levels in the lead up to the 13th party congress of Cantho city party committee for 2015- 2020 term, and practically celebrate the 86th founding anniversary of Vietnam Trade union July 28th 1929- July 28th 2015.