In the morning of August 26th, Thạnh Tiến commune of Vĩnh Thạnh suburban district organized the reception for the cultured commune title and national standard on new rural area.

This is the 4th commune of Vĩnh Thạnh suburban district and the 15th of Cần Thơ city which has been recognized the national standard on new rural area.

5 years after building new rural area, the locality has mobilized over VND 98 billion, including budget of the commune and people’s contribution of over VND 15 billion.

The new rural building programme not only changes rural face of Thạnh Tiến commune but also actively contributes to the local socio-economic development.

Speaking at the ceremony, Mr. Lê Văn Tâm highly appreciated the results gained by the party committee and people of Thạnh Tiến commune in the past time. 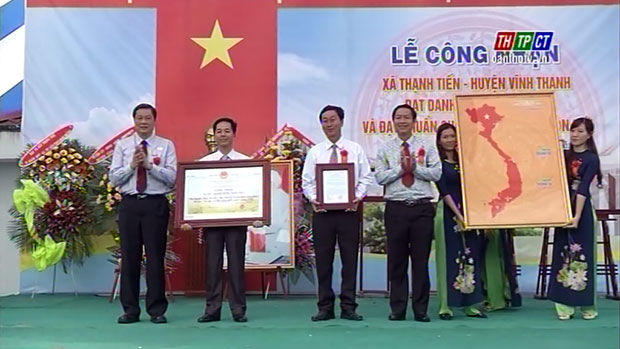 However, so as to uphold the cultured title and new rural commune, leaders of the city directed the locality to boost and further bring into play the solidarity in the political system and classes of people, to enhance the dissemination of purposes, meanings of the cultured title and new rural title, to focus on raising quality of typically advanced models in the field of culture and to pay attention to environmental landscape and obtained criteria./.