Thailand’s National Council for Peace and Order (NCPO) confirmed security alerts in Bangkok and ordered to set up checkpoints and conducted searches on October 11. 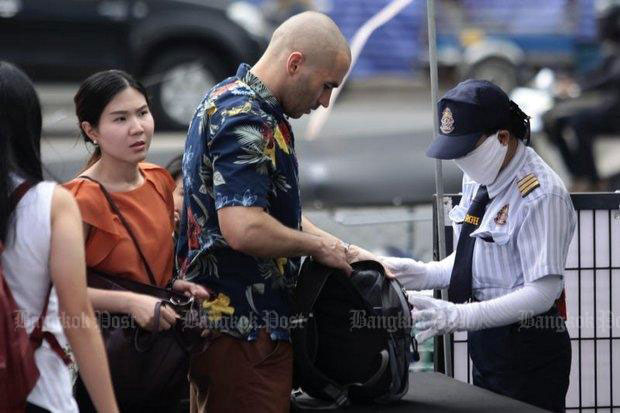 The military has ordered stepped-up security, especially near the Erawan shine, such as at CentralWorld, above. (Photo: www.bangkokpost.com)

The measures were announced after the Thai Police warned of bomb attacks in Bangkok in October.

In searches on October 11, the police arrested 10 suspicious people.

Local authorities are monitoring the movements of people suspected of launching bombings in southern and central provinces on August 12, he added.

On the same day, Prime Minister Prayut Chan-o-cha announced that officials are verifying the warning of attacks in late October. He urged the press not to overstate the situation.

Earlier, speaking to reporters after a meeting with the police, Srivara Ransibrahmanakul, Deputy Chief of the Bangkok Police said there was a possibility of three car bomb attacks being planned in Bangkok around October 25-30./.