Former head of the Tourism Authority of Thailand Juthamas Siriwan on March 29 was sentenced to 50 years in prison for receiving 1.8 million USD in bribery to hand the right of hosting a film festival in Bangkok to three US companies 10 years ago. 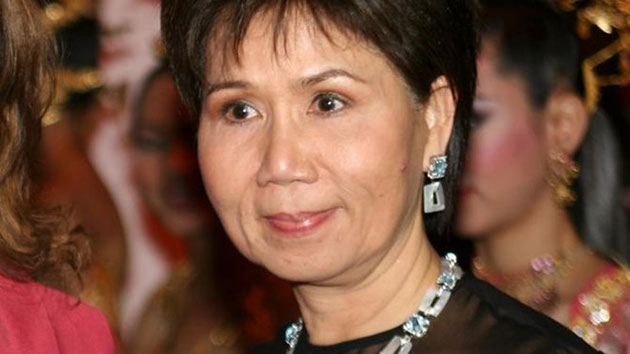 Thailand’s Central Court for Corruption also sentenced her daughter 44 years in jail for assisting the transferring of bribery money to overseas bank accounts.

The bribery money was also seized. The bosses of the American companies were also sentenced six months in prison.

The court also refused the bailout of 29,000 USD each person by lawyers of the accused.

Proceedings against the case commenced in August 2015 at the recommendation of State prosecutors.

According to the indictment, the former TAT leader received bribery 59 times from US business couple Gerald and Patricia Green from 2002 to 2007 to award their three companies the right to organise the Bangkok International Film Festival, which returned a profit of 13.5 million USD.

The couple are in jail in the United States for their involvement in a ring fraudulently mobilising capital.

Juthamas denied the accusation while her daughter said 1.8 million USD was the revenue from business activities with a US businessman, which was denied by the court.

The National Anti-Corruption Committee (NACC) will be responsible for recovering the case’s illegal assets of up to 1.9 million USD, which is deposited overseas.

Earlier, Juthamas had been investigated by the NACC for becoming rich abnormally after leaving the role as TAT leader.

According to the NACC, the case will be submitted to the Attorney General of Thailand to seek measures to recover illegal assets.

According to the investigation of the Federal Bureau of Investigation and the US Ministry of Justice, the bribery money was transferred to bank accounts in five countries and territories namely the United Kingdom, Ireland, Singapore, Jersey State of the US, and Switzerland./.