Thailand beefs up security in Bangkok

Thailand’s authorities has stepped up security in Bangkok since November 3 following an alert of possible car bomb attacks in the capital city. 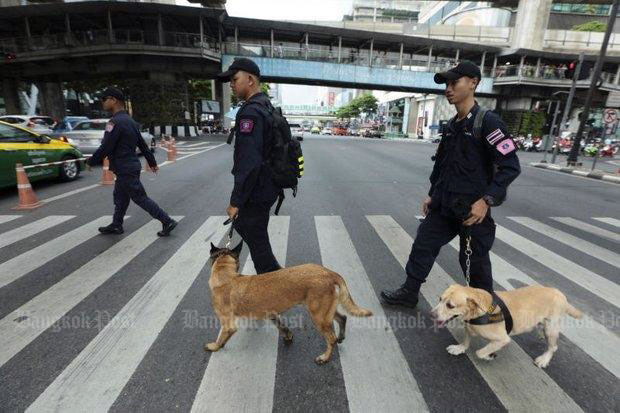 The authorities were of the view that possible attacks are most likely related to extremist groups in the southern region of the country rather than foreign terrorist networks.

Thitira Nongpharpitak, Chief of the Central Investigation Bureau (CIB), said security throughout Bangkok has been beefed up after the alert. He also directed the Crime Suppression Division (CSD) to work closely with the Metropolitan Police Bureau (MPB) to monitor the movements of suspicious individuals.

CIB has also contacted Mossad, an Israeli intelligence agency, and affirmed that there were no reports on foreign terrorism cells in Thailand.

The MPB Chief Sanit Mahathavorn reassured the public that measures to cope with possible attacks have been devised, adding special operation units have carried out searches in several targeted locations as well as areas which host a number Muslims from the south over the last few days.

On November 2 night, there were 19 successive attacks in southern Thailand, killing 3 people and injured dozens. The attacks took place the same day when a delegation of the steering committee for solving problems in the south led by Deputy Minister of National Defence General Udomdej Sitabutr visited the region./.