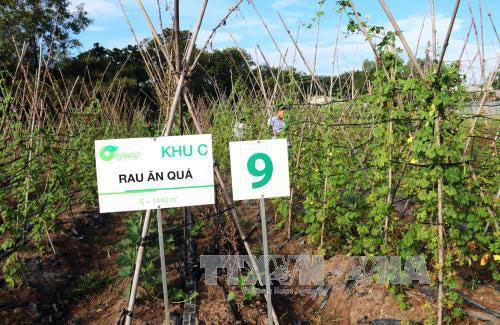 Speaking at a meeting on October 6, Secretary of the provincial Party’s Committee Tran Luu Quang said the province will send a delegation to Japan to call for Japanese investment in the sector in December.

The provincial Party chief instructed relevant bodies to ensure land is ready for hi-tech agricultural projects to keep up with other regional provinces such as Binh Duong, Dong Nai, Ba Ria – Vung Tau.

As of the end of September, the province’s GDP was valued at 3,.123 billion VND (1.58 billion USD), a year-on-year increase of 7.4 percent, in which the agro-forestry-fisheries value accounted for 82.7 percent, up 4.4 percent from the same period last year, according to Nguyen Thanh Ngoc, Vice Chairman of the provincial People’s Committee.

The locality has also mapped out a project on hi-tech agriculture development as part of the restructuring scheme of the agriculture sector.

The figure is expected to exceed its yearly target by 10-15 percent this year, Ngoc said./.