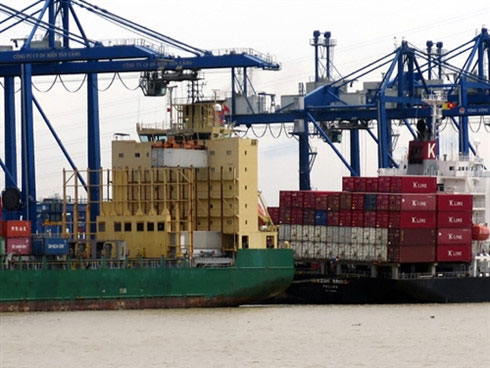 Decree No 125/2016/ND-CP, which was issued on September 1 and came into effect the same day, states that the tariff is to be applied for goods directly transported from Japan into Vietnam.

Accordingly, the duty for lip and eye make-up products of Japanese exporters will fall from 11 percent to 4 percent by the end of March 2019.

Tax rates for clothes and accessories for children will be cut from 5.5 percent to 2 percent and the rates for blanket, bedspreads and table covers will decline to 1 percent from 3 percent.

Special treatment is also given to Vietnam, in case goods listed under the tariff are imported from non-tariff zones into the domestic market.

Goods must also meet origin regulations, as stated in the agreement, and exporters are to have certificates of origin, in a form stipulated by the Ministry of Industry and Trade.

VJEPA was the first bilateral free trade agreement that Vietnam entered into after the country joined the World Trade Organisation in January 2007.

The agreement covers comprehensive contents, including trade in goods and services, investment and improvement of the business environment.

Kyohei Takahashi, president of the Japan-Vietnam Economic Committee, said while its working group met Vietnam’s senior leaders in Hanoi late last month that trade between the two countries had quadrupled since the agreement came into effect.

Among ASEAN member countries, Japan had poured the largest amount of investment into Vietnam, he added.

Earlier this year, a survey conducted by the Japan Business Federation, or Keidanren, showed that Vietnam topped the list of countries where Japanese firms intend to invest in the next five to 10 years.

Decrees carrying new tariffs for several other trade deals, including the ASEAN Trade in Goods Agreement and an agreement between Vietnam and Laos, have also come into force this month.

Bình Thủy focuses its force on building 5 projects in…

Phong Điền publicised the resolution of the Party Congress

Phú Quốc among world’s 15 best islands to retire in…