After preparing, on July 11th, in Cần Thơ city, Việt Nam State Bank in combination with the World Bank and Cần Thơ City People’s Committee organized the signing ceremony for the loan, support agreement and relating legal texts of the project for developing Cần Thơ city and intensifying the urban adaptability and the project for resisting against synthetic climate and sustainable livelihood in Mekong delta region. 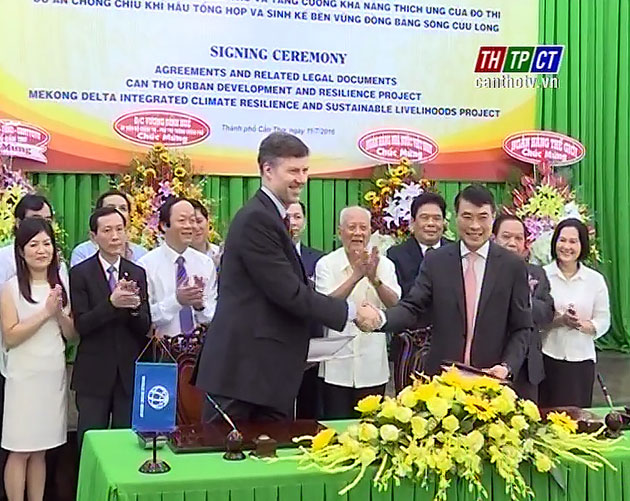 At the ceremony, Việt Nam State bank governor Lê Minh Hưng, commissioned by the state president, on behalf of the Socialist Republic of Việt Nam and Mr. Achim Fock signed the loan and support agreement and relating legal documents at the total value of loan and support credit accounts of USD 560 million with the goals of reducing risks of flooding and improving traffic connection between Cần Thơ city and new urban zones and to build the confrontation against climate and ensure sustainable livelihood for Mekong delta region./.