Smarter Travel: Vietnam is the place to go, with good reasons 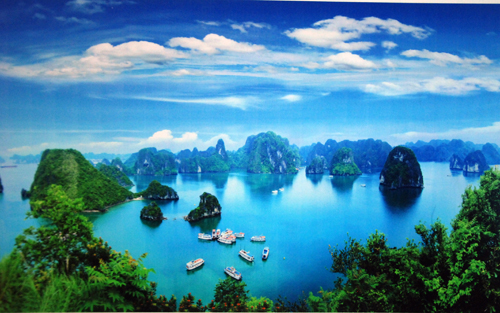 The page hailed Vietnamese cuisine for its fusion of flavors from many cultures, such as the ubiquitous banh mi sandwiches and many other things in a list that could go on forever.

In addition, the country is a “three destinations in one” with the three distinct regions (north, central, and south) with varied climates during the same time of year, making it feels like three different countries.

Each area has its own unique scenery as well, from the mountains and bays in North Vietnam to the farmlands of Central Vietnam and the deltas of South Vietnam.

The page also assures visitors that they will find it convenient to converse with Vietnamese people in English.

The friendly locals who are happy to help without expecting anything in return give another reason to check out the country, said the website.

Better still, it is pretty cheap to get to Vietnam and when one is there, it is really inexpensive, the website said, noting that round-trip flights from New York to Ho Chi Minh City, which take about 20 hours, are in the US$700 range throughout the rest of the year. In Vietnam, a stay at a five-star hotel can be under US$70 a night, and a budget traveler could easily do the country on less than US$20 a day, it said.

Vietnam also offers plenty to those who love history, with such tours as War Remnants Museum, the Hoa Lo Prison Museum, and the Cu Chi Tunnels, all giving a no-holds-barred look back to the Vietnam War.

Besides, the country is home to eight UNESCO World Heritage sites, including natural beauties like Ha Long Bay or Phong Nha-Ke Bang National Park, or more cultural areas such as Ho An Ancient Town and My Son Sanctuary.

Furthermore, Vietnam is a wildly diverse country. “When you travel from the north to the south, you’ll feel like you’re crossing international borders every time you travel a few hours,” SmarterTravel said, adding that in fact, Vietnam is the most culturally diverse country in Southeast Asia—it’s home to over 50 different ethnic groups, each of whom speak their own language.

Apart from that, friendliness and low-cost tours also add on the country’s attractiveness as a tourism destination.

Recently, Vietnam has been also listed in the top 10 best destinations for solo travelers by Travel+Leisure.