Satra launches convenience stores in Can Tho

The Saigon Trading Corporation (Satra) launched two convenience stores (Satrafoods) in the Mekong delta city of Can Tho on January 18 with a view of helping local customers to shop safe food. 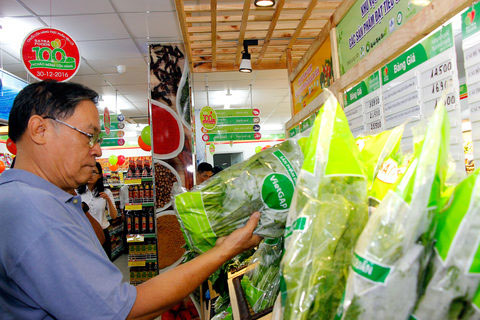 Satrafoods sells around 2,500 food items, with VietGAP – labeled vegetables and fruits accounting for 70-80 percent. It also sells fruits imported from the Netherlands, France, the Republic of Korea, the US, and New Zealand.

Can Tho currently houses 18 marts and trade centres and over 100 wet markets and convenience stores.

The city recorded a total goods retail value of 95.6 trillion VND in 2016, leading other localities in the Mekong delta and ranking third nationwide after Ho Chi Minh City and Hanoi./.