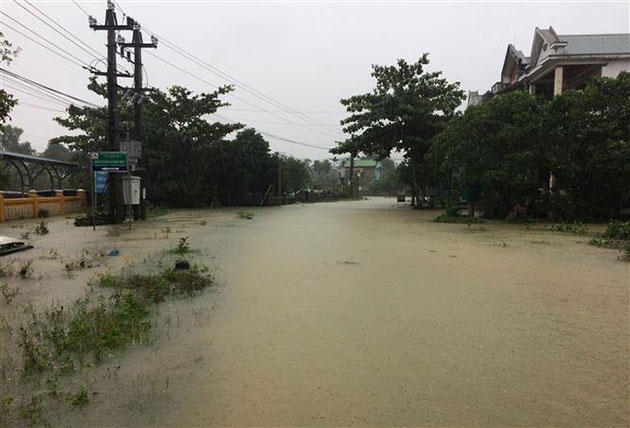 The aircraft Il-76 is to carry relief goods from Russia to Vietnam.

Speaking to the media, Russian President’s spokesman Dmitry Peskov expressed his hope that the humanitarian initiative will be welcomed by many countries.

Russia calls on the global community, including those attending the Asia-Pacific Economic Cooperation (APEC) Economic Leaders’ Meeting, to show solidarity with Vietnamese people, he said.

Causing the most serious damages over the past two decades, typhoon Damrey made landfall in central Vietnam at a time when the APEC Economic Leaders’ Week is ongoing in the central city of Da Nang from November 6-11.

The typhoon has so far left 69 dead, 30 injured, tens of thousands of people evacuated, and collapsed over 120,700 houses.

It also damaged transport infrastructure and left many areas in power outage./.