Officials of Can Tho city on June 23 met with a delegation from the Republic of Korea (RoK) which came to the Mekong Delta locality to enhance cooperation in health care and construction. 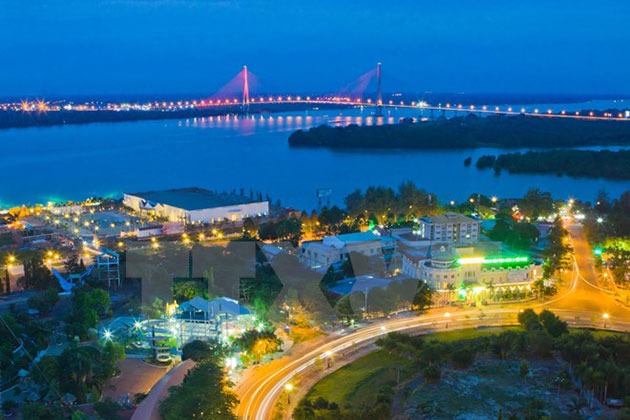 A view of Can Tho city at night (Photo: VNA)

Haeseung Shin, Director of the RoK’s Gumi Gangdong Hospital, who led the delegation, said this was their fifth destination in an investment promotion trip to Hanoi, Thai Nguyen, Bac Ninh and Soc Trang provinces, Can Tho city and Ho Chi Minh City.

The delegation had working sessions with the Can Tho municipal People’s Committee and People’s Council, the Can Tho General Hospital, the Hoan My Cuu Long Hospital, and some construction companies, through which they learned about local mechanisms and policies on attracting foreign investment, especially in these two fields, he noted.

He added they also want to invest in construction, building material supply, and construction consultancy and supervision.

Valuing the sound cooperation between Can Tho and the RoK, Vice Chairman of the municipal People’s Committee Truong Quang Hoai Nam said the RoK currently ranks first among foreign investors in his city.

To create an optimal investment climate for foreign firms, especially Koreans, aside from administrative procedure reforms, Can Tho has also paid attention to upgrading “hard” and “soft” infrastructure, particularly for big health care and education projects.

Nam noted in the first half of 2017, the city also sent many investment promotion delegations to step up cooperation with the RoK in smart city building, hi-tech agriculture, and education-training.

As of May 2017, Can Tho accommodated nine RoK investment projects with total registered capital of 247 million USD, along with the 17.7 million USD Korea Vietnam Incubator Park, which uses official development assistance (ODA) from the RoK.

Another ODA project on supporting the mechanisation of Vietnam’s agriculture in Can Tho is being considered by the Ministry of Planning and Investment, according to the municipal Department of External Affairs.

Four other projects sponsored by RoK non-governmental organisations are also underway in the Vietnamese city.

They provide health care for children and woman and training on the Korean language and culture for women who prepare to marry Korean citizens.

The respective figures were 2.1 million USD and 1.7 million USD in the first four months of this year./.