The Foreign Ministry of the Republic of Korea on June 13 affirmed that the country cherishes its relations with Vietnam and wants to advance the ties further. 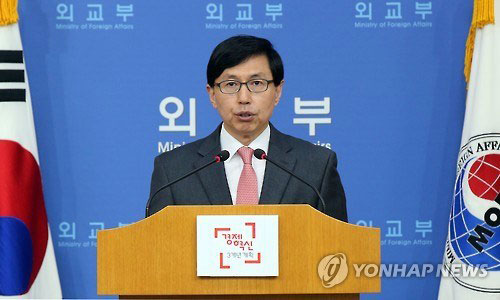 The statement was made one day after the Vietnamese Foreign Ministry requested the ​RoK Government not to take any action and make any comment hurting the Vietnamese people’s feelings, in response to a speech by President Moon Jae-in on June 6 honouring Korean “contributors” on battlefields in foreign countries, including Vietnam.

Speaking at a press conference on June 13, the RoK Foreign Ministry’s spokesman Cho June-hyuck said, “We cherish our relations with Vietnam very much.”

He said since 1992 when the two countries established diplomatic ties, the RoK has continued to work to advance the relations with a shared belief that the two sides should set aside the past and look forward the future.

Cho noted that President Moon’s comment was intended to remind of the need to provide “appropriate” support for those who sacrificed their lives at the order of the country.

On June 12, the spokeswoman of the Vietnamese Foreign Ministry said Vietnam wants to develop friendly ties with all nations, including the RoK.

“Leaders of the two countries have reached common perceptions in putting the past behind and looking towards the future,” she stressed, adding that the ministry has seriously discussed the RoK President’s remarks with representatives of the RoK Embassy in Vietnam./.