The Police Department for Smuggling Prevention (C74) under the Ministry of Public Security on November 20 uncovered four kilograms of rhino horn smuggled from central Nghe An province to Ho Chi Minh City. 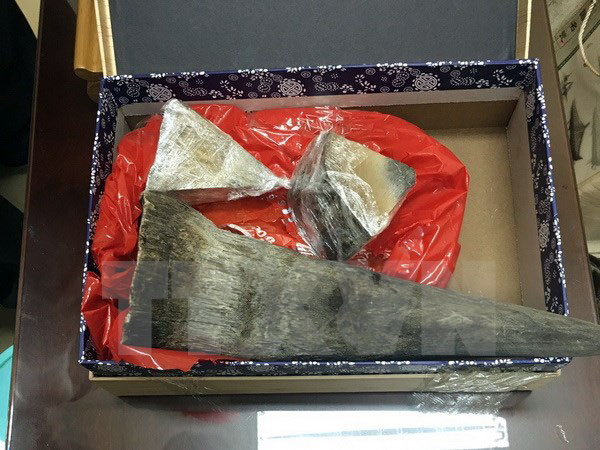 The police detained Nguyen Duc Nguyen, from Nghe An, for further investigation.

Earlier, on November 18, Nguyen was arrested just after he got off the flight at the Tan Son Nhat Airport.