The remains of 98 voluntary soldiers who died in Cambodia while saving the neighbouring country from genocide have been found and repatriated, according to Col. Nguyen Thanh Binh from the southwestern Binh Phuoc Province’s Military Command. 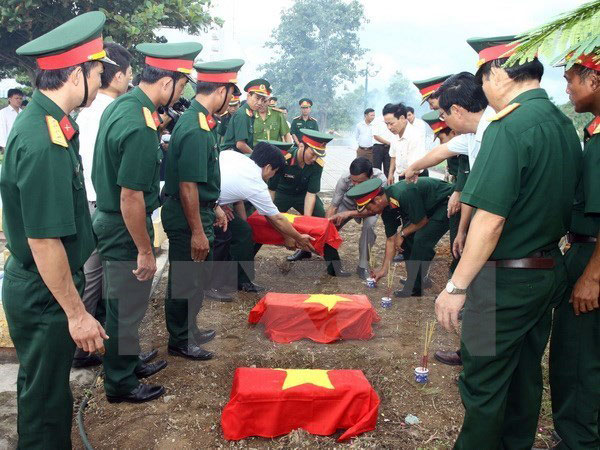 The steering board for the search of fallen soldiers’ remains (Steering Board 1237) of Binh Phuoc province coordinated with relevant agencies of Cambodia’s Kratie and Kampongthom provinces to organise a ceremony to hand over the remains of Vietnamese soldiers.

Board 1237, in coordination with the provincial Department of Labours, Invalids and Social Affairs, has identified 858 war martyrs of Binh Phuoc, whose remains have been buried in local cemeteries, and compiled a list of 4,059 soldiers who hailed from the province but died in other localities.

According to Binh, the remains of around 205 local soldiers are still in Cambodia. The province will continue to cooperate with Cambodian authorities to search for and repatriate the remains./.

Prize wheel spinning to pay honour to electricity users in 2021