Don Cao Dong Trieu (Dong Trieu military post) and An Bien Temple in Dong Trieu town, the Northern province of Quang Ninh were recognised as national relic sites at a ceremony held in the locality on June 4. 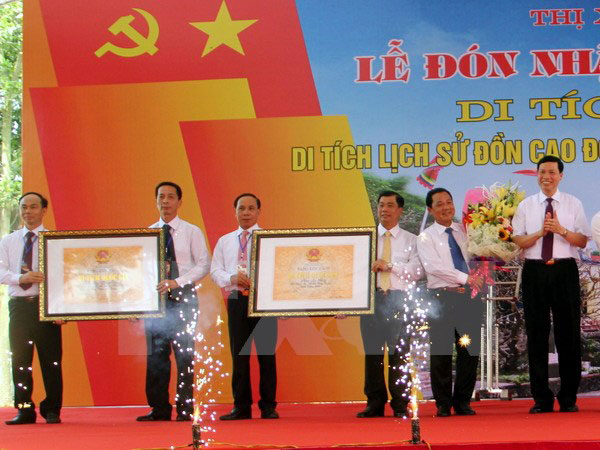 At the ceremony (Photo: VNA)

The event was organised to celebrate the 72nd anniversary of the Fourth Revolutionary Base-Tran Hung Dao base or Dong Trieu Base (June 8, 1945).

At the ceremony, Deputy Minister of Culture, Sports and Tourism Dang Thi Bich Lien noted the historic values of the two relic sites.

Meanwhile, Dong Trieu Base was important in the period before the August Revolution.

Some of Don Cao Dong Trieu has been destroyed. The remainders include houses of French soldiers, prisons, blockhouse systems and tunnels.