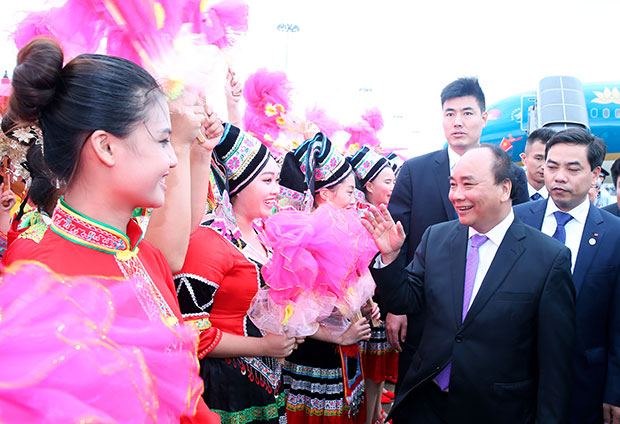 The trip is made at the invitation of Chinese Premier Li Keqiang.

At the airport, he was welcomed by Guangxi officials, Vietnamese Ambassador to China Dang Minh Khoi, Vietnam’s Consul General to Nanning Pham Thanh Binh, and representatives of the Vietnamese community in the Chinese province.

During his stay in Guangxi, the PM is scheduled to attend the opening ceremony of the 13th China-ASEAN Expo (CAEXPO) and China-ASEAN Business and Investment Summit (CABIS).

He will visit exhibition pavilions at the CAEXPO and attend the inauguration of the pavilion of Vietnam, the expo’s honorary country.

PM Phuc will also chair a roundtable conference with CEOs of China’s leading businesses, and visit a role model farm in Guangxi.