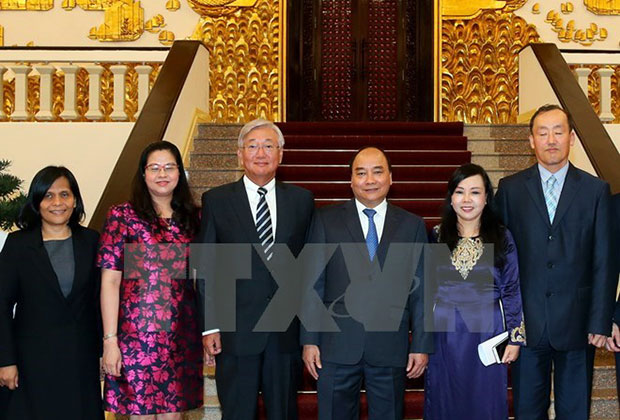 He received Shin Young-soo, the World Health Organisation (WHO) Regional Director for the Western Pacific, in Hanoi on September 20.

He highly valued WHO’s leadership at global healthcare forums and appreciated its effective cooperation with and assistance to Vietnam.

He asked WHO to increase technical and financial support and mobilise resources from development partners for Vietnam, particularly in healthcare policy building, infectious and non-infectious disease prevention, healthcare network expansion, and response to public health issues.

WHO will strengthen cooperation with Vietnam, he stressed, adding that the Government should improve the medical system, expand health insurance coverage while increasing investment in health care through public-private partnership and calling for more private contributions to the sector’s development.

On the same day, PM Nguyen Xuan Phuc received Vietnam – Japan Special Ambassador Ryotaro Sugi who has made significant contributions to reinforcing the two countries’ friendship and cooperation over the past 30 years in various fields such as culture, arts, people-to-people exchanges and humanitarian activities. 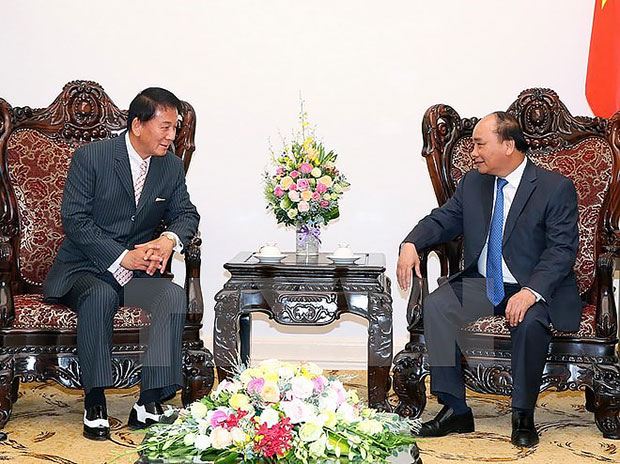 The PM said he hopes the Ambassador will have more initiatives to celebrate the 45th anniversary of Vietnam – Japan diplomatic ties in 2018 and further the bilateral extensive strategic partnership.

He also expected more Japanese businesses will invest in Vietnam and agreed to boost bilateral affiliation in labour exports, especially in the field of nursing.

The Ambassador said the cooperation potential between Vietnam and Japan in economics, politics and culture is enormous, adding that he will do his utmost to propel the bilateral rapport forward./.