The Prime Minister has asked ministries, sectors and localities to step up measures to ensure traffic safety and social order while meeting the travel demands of passengers during the upcoming national holiday of National Independence Day (September 2) and the new school year (September 5). 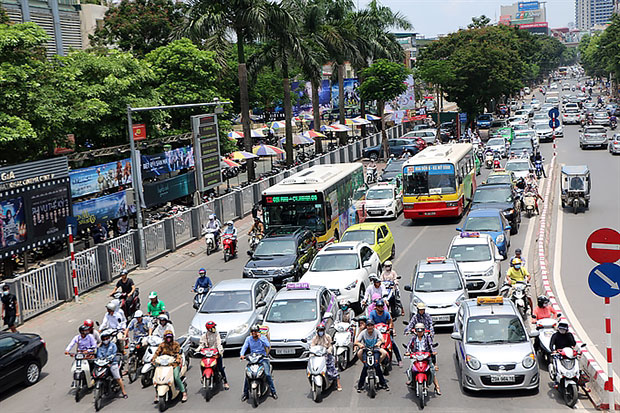 Agencies were required to strengthen supervision of road sections along the key highways, particularly the routes to enter in and out of Hanoi and HCM City in order to prevent traffic jams and accidents.

The Prime Minister has also directed ministries and sectors to encourage the use of public transport instead of private vehicles and to step up dissemination about traffic safety on social media.

He also asked the Ministry of Transport to direct units to coordinate with the authorities of the relevant ministries, sectors and localities in examining accident-prone sites and to take actions to correct them. On-going transport infrastructure projects were required to ensure safety during their works in order to prevent accidents among road users in those areas. He also asked that inspections of the operation of means of transport on roads, inland waterways and aviation also be strengthened.

Activities to increase people’s awareness of traffic safety and reduce accidents during the holiday and new school year were also required to be improved.

Violations of traffic regulations, particularly those concerning speed, alcohol use, overloaded trucks and vehicles with expired registrations will be strictly fined.

Hotlines should be launched to receive feedback from citizens and to provide timely assistance or consultation on traffic management. In order to ensure traffic safety, Hanoi Police on August 25 deployed a force to inspect and handle violations of traffic regulations.

The transport inspection force was assigned to cooperate with the transport police in issuing measures to cope with “snail speed” buses and inter-provincial coaches that pick up and drop off passengers at unauthorised stops along roads.

Coaches found to be in violation would be strictly punished. Major Trinh Tien Thanh said the police force would be deployed to regularly patrol, detect and deal with violations.

To meet increasing demand from passengers during the upcoming holiday, many transport businesses have also set up plans to put more coaches into service./.