The “Cau Ngu” (Whale Worshipping) Festival of the central province of Phu Yen has been recognised as national intangible cultural heritage. 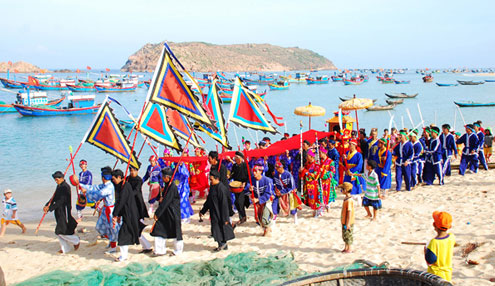 A ceremony to receive the certificate was held on November 23.

The Whale Worshipping festival, held once or twice a year from the first to the eighth month of lunar calendar, plays an important role in spiritual life of coastal fishing villages in Phu Yen.

The event often takes place for two days with a wide range of rituals and ceremonies. A number of fairs, art performances and folk games are also held during the festival.

The south central province of Phu Yen has two coastal districts, a town and a city stretching 190km of coastline. Its fishermen is well-known for tuna fishing./.