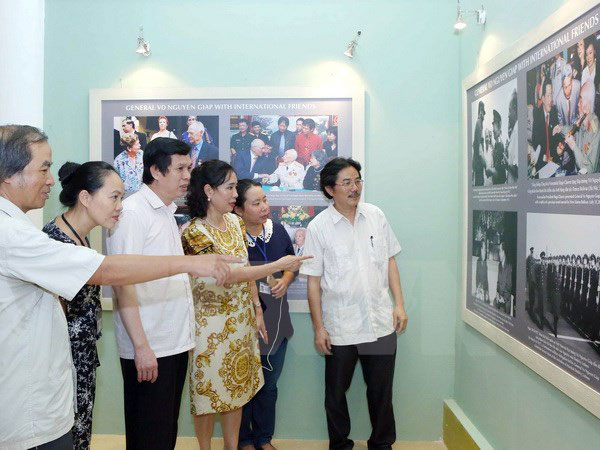 Entitled “General Vo Nguyen Giap, a portrait of a legend”, the exhibition features 103 photos, depicting his life during the establishment of the Vietnam People’s Army, struggles against French and US troops, and the protection of sea and island sovereignty.

Several exhibits depict the love and admiration Vietnamese people and international friends have for the general.

There are also photos of the recently built Vo Nguyen Giap Park on the Son Ca Island of Spratly (Truong Sa) archipelago among other works displayed for the first time.

Organised by the Photography Centre of the Vietnam News Agency and the New Ha Noi Arts Company, the exhibition will be open at the Exhibition Hall at 45 Trang Tien Street until August 29./.